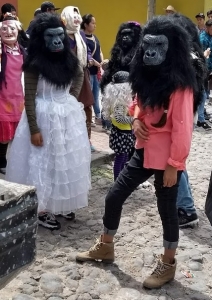 St. Louis (San Luis Rey) is a unique saint being only French royalty to make the cut to sainthood.  Poor cake-eating Marie Antionette didn’t even come close.  I’ve pondered for some time why St. Louis has multiple cities, churches and babies of both genders named for him in Mexico and he wasn’t even Spanish! 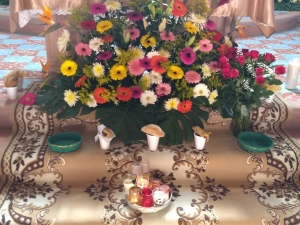 Louis lived back in the 1200s and like many saints, though not all, he was obsessively Catholic.  Luckily his Queen shared his obsession and they appeared to have genuinely liked each other, a royal matrimony feat hard to duplicate even today.  Though, by all accounts, his queen also had a pesky mother-in-law.

Louis liked to collect relics, those pieces of saints’ bones or objects touched by Jesus.  The old joke is Louis collected enough splinters sold to him as being from the “true” cross Jesus died on he had enough wood to reconstruct Noah’s ark.

Louis died on a crusade (“Go Crusaders!” was my high school’s sports cheer, the obvious political incorrectness was lost on me for decades.  The high school still uses that cheer, go figure.)  Since Louis died in Muslim territory the custom was to boil the body until only bones remained for easy transport back to France.  Plus, it made their chipping apart into relics much speedier not waiting around for that pesky decomposition which not all saints’ corpses experience.

His appeal to Mexicans still escapes me but he is most definitely popular.  Sunday was the celebration of his feast day in the colonia named for him, San Luis Rey.  As always, centro has the biggest processions and celebrations but taking the bus to the end of line can drop you off in the middle of fun fiestas, less attended but every bit as fascinating.

For example, did you know the neighborhood of San Luis Rey has a group for the paper stars on poles?  I did not.  The stars were best looking I’ve seen in town.  The stars came to San Miguel with laid off factory workers from Salvatierra that found work at the Fabrica Auroa in the 1920s.  The stars are in honor of Mary of the Light, the patron of electricians, featured in every church in town and full name for your pals named, Malu.

There is also a local chapter of Mensa inhabited by local mojigangas, the large papier-mâché puppets.  At least that is their story and they are smart enough to stick to the story.

There were the Chichimeca dancers whom my dog adores as they often give him cookies.  Less adored by Gaspar (named for another king since he was a 3 Kings Day gift a decade ago) are the Locos dressed like extras from Planet of the Apes wondering how much longer Helena Bonham Carter was going to be in hair and make-up.

Speaking of pretty girls, even the prettiest gals in the procession knew a proper procession begins with prayers in the namesake chapel to King Louis.

Sidebar:  When you see children dressed for Spring or soldiers on display, that is a parade as it is a civic based event.  A procession is a faith-based event.  You may cross the parade route but don’t cross in front of a procession.  If I’m with 20 other lads sweating bullets and you cross in front us, one of those men will leave me with the extra weight and track you down like a dog to embarrass you in public for crossing in front of God.  It’s simply bad form on your part and best to practice patience. 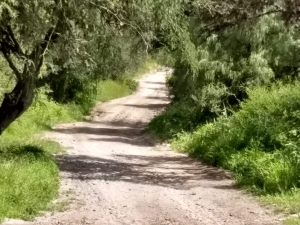 San Luis Rey lies along the old Silver Route, where silver went back to Spain and letters from home and religious art came to town via covered wagon trains.  It was the main North-South way of transportation (Vera Cruz to Santa Fe) in the Americas until the railroad arrived in the late 1800s.  Today the route is a rocky and dangerous way to travel as just beyond San Luis Rey the road returns to nature. 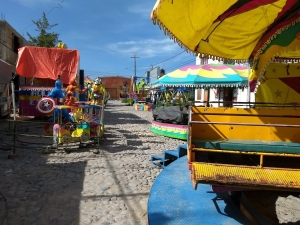 Going early I was able to enjoy the then empty carnival area reminding me I’ve always found a certain peace in a circus atmosphere when it is closed.  I suppose my brother did too for he left the seminary to marry a Jewish gal and become a traveling circus clown.  His act was Farmer Toone, his wife and their kid, the goat! 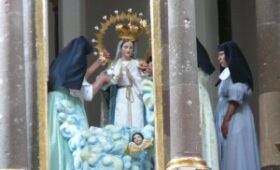 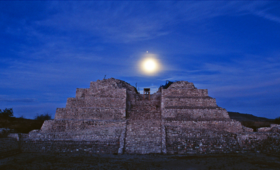 Our Pyramids’ Murky Past 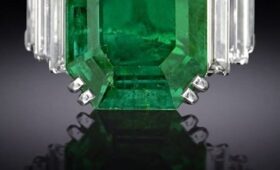