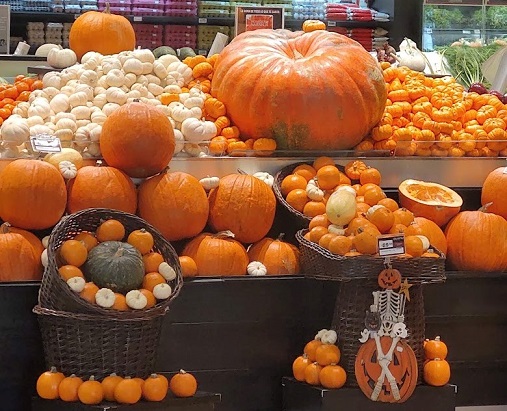 Good Grief it is time of Charlie Brown’s Great Pumpkin to arrive yet again at the  City Market!

The symbol of autumn, pumpkins, started here in Mexico as one of the first wild plants cultivated more than 7,500 years. Back then pumpkins were small, hard and bitter, but their durable exterior was ideal for surviving harsh weather and less bountiful harvests, which made them an integral part of the ancient indigenous diet.  Planting pumpkins reduced the need for foraging and helped ancient man push aside a nomadic lifestyle to instead settle in one place.

In today’s Mexican markets, pumpkins can be the traditional bulbous orange, round and green-striped, or bumpy and yellow with crooked necks. Any color is delicious.

While most parts of the world only use the pulp of the pumpkin, Mexicans have cooked with the entire pumpkin for thousands of years. The pumpkin is rich in fiber and nutrients like iron and potassium, and is extremely low in calories. Plus the seeds are 35% protein!

Besides food, dried pumpkin is cut into strips and woven to make mats, and hollowed out pumpkins are used as cups or bowls.

The pumpkin in Mexico can be used in just about any dish – tacos, quesadillas, enchiladas, soups, etc. No part of the pumpkin goes to waste, including the flower that grows along with the pumpkin.  The flowers are both genders and must be cross-pollinated by bees.

Pumpkin is also crystallized into sweet, waxy confections. Some of the tastiest in town are served in the nearby village of Cieneguita during the current St. Michael celebrations.  In my not-so-official taste tests the village of Calderon’s pumpkin offerings come in a close second.

The Spaniards brought Mexican pumpkins to Europe and Asia where they were welcomed as a nutritious and economical food, becoming part of the cuisine of many countries.

By the 18th century, the Italians had developed a fingerling pumpkin they named zucchini. In Austria, culinary use of pumpkin seed oil has led to its being produced on a grand scale in the last century. Today Mexico grows enough pumpkins for its own consumption and also exports it to Japan.

Pumpkins are often featured on Day of the Dead as altar offerings since who doesn’t come back for a sweet treat?  Though being from Hershey I’d prefer a pumpkin Kiss 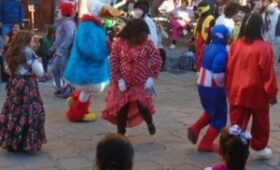 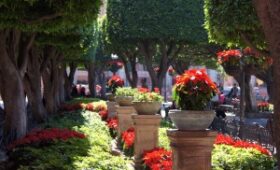