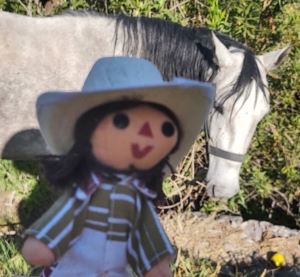 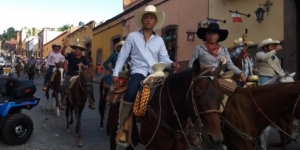 The horse was essential to the Spanish Inquisition and occupation of Mexico.  The horse was transportation, communication, wealth and companionship all in one friendly foal.

The horse sailed over from Spain with the conquistadors arriving in 1519 with Hernan Cortes’ 16 horses with names like Bob-Tail and Morzillo.  The trip here was difficult taking two to three months with the loss in horseflesh often 50 percent.

The ship’s constant sway made standing difficult for hoses so to not be thrown and suffer broken legs, horses were suspended in hammocks stretched underneath their chests with only their hind hooves on the floor.  Here they remained day and night unless the boat ran low on drinkable water in which case the horses were tossed overboard and introduced to sharks. 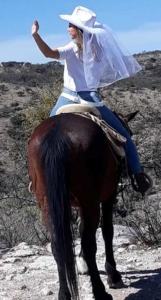 Luckily, once in Mexico, horses bred like bunnies and adapted to native foliage making crossing the pond unnecessary.

The Spaniards did their best to keep horses from the indigenous, realizing that horses were their best weapon in battle, both physical and psychologically.  Originally the Spanish laws prohibited an indigenous person from riding horses.  However, as servants to the local Spanish they took care of livestock, thus learning horse-handling skills and originating the term cowboy.

Originally horses were viewed only as a food source to the indigenous but with time, indigenous tribes saw the advantages of horses for riding and farming.

Today about 80% of the land devoted to agriculture is so rugged that tractors are not practical. Nor, in many cases, are they affordable. Residents of these areas scratch out a living by tilling the soil with horses, donkeys and their own bare hands.  For most modern horses involved in farming, life is difficult to say the least. 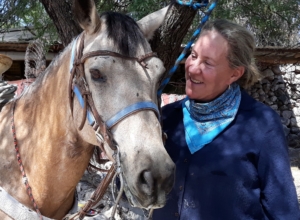 Luckier horses meet up New Jersey transplant Beth Kaestner.  Beth operates the most integrated foreigner/indigenous enterprise I’ve come across.  Foreigners contact Beth for a horse ride in the country.  Beth then employs local cowboys to lead her groups on horseback through the countryside out by the pyramid.  The countryside is gorgeous, as is Beth, and the meal indigenous women serve after the gallop.  I constantly recommend Beth to my tour groups and take all my personal guests to her for a fun foray in the hinterlands.

Beth also takes riders on overnight pilgrimages for special religious events throughout the year.  A far cry from her days number crunching on Wall Street! 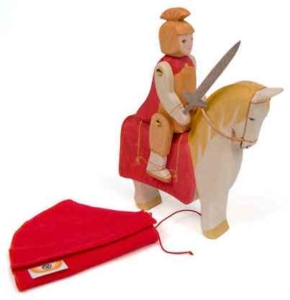 Beth’s complete turn-around is similar to St. Martin’s, a  Roman centurion that trotted upon a nude beggar and cut his cloak in half to give the poor man a covering.  That night Martin had a dream in which the beggar appeared to him as Jesus, so he quit the army and became a monk. He had to cut the cape in half because he was required to return to his military unit with his uniform and God doesn’t ask for more from you than you can do. Saint Martin is now the patron saint of cowboys and his November feast day is greeted with much fanfare and neighs.

When St. Martin died, the remaining half of his cape (that he kept) was considered miraculous.  A small church was built to house the cape and the Italian word for cape became the origin for the word chapel.

The popular amulet for Saint Martin here is a horseshoe, though unlike the Irish custom of keeping the ends upright, St. Martin’s horseshoes are hung with the ends pointing down to provide money or business luck. 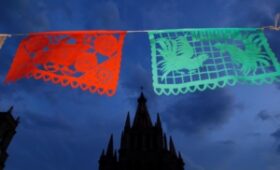 Your Color-coded Guide to Paper Flags 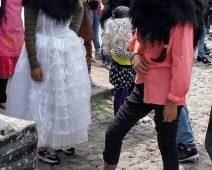 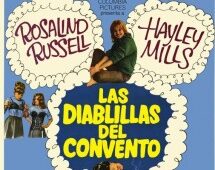