Skip to content (Press Enter)
Home>Blog>Blog>The Most Popular Leaf (No, Not Pot) 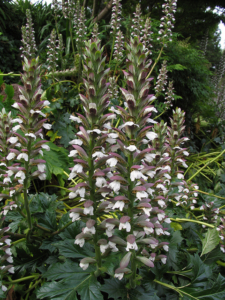 Recently on a tour was an antiques collector that I asked “Out of all the vintage items she collected over a lifetime what was a unifying design element?” 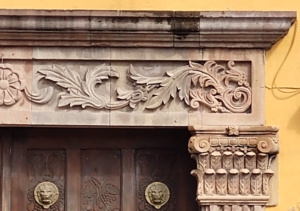 Without missing a beat she replied “Acanthus”.

Acanthus is a flowering plant that does well here in Mexico and in her garden North Carolina.  Actually it does well most anywhere from the Mediterranean to the Orient if is warm, dry and semi-shady, coming back yearly with one to six foot stalks of purple flowers butterflies cling to.

Surprisingly though, it isn’t the flowers that have given the Acanthus eons of fame, but the leaves.   The leaves are sharp, thick and large similar to those on an over-sized thistle or dandelion.  If not regularly cut back, they’ll overtake your garden.

Acanthus has been used since ancient times for treating asthma, diabetes, leprosy, snake bites and arthritis.  In Thailand and Indonesia the leaves have long been used in tea as an herbal antioxidant.

I learned from my antiques collector pal the plant first crept into architecture as a decorative element in Corinthian columns in 5th century BC’s Greece and Rome and continued use into modern day Washington DC’s Capitol building.  The acanthus leaf had a resurgence in popularity as a popular motif in carved furniture decoration since the Renaissance.  The plant has also did well in Mexican art and architecture since the Conquest. 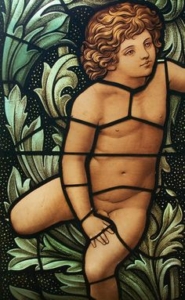 An acanthus leaf symbolizes both long life and immortality.  They lived up to their reputation having been popular design elements for thousands of years on everything including caskets.

OK, that’s cool, but what does it have to do with San Miguel de Allende?

Once aware, I now see the plant all over town in art.

My first effort was to “Find Waldo” in my own house and I did.  Acanthus leaves were on a lamp, mirror, pot, shelves and even a tablecloth, kind-of.  That’s an issue with acanthus.  As it gets more and more reproduced with less defined edges to the leaves sometimes the connection to the original plant becomes weak.  But not as you gambol about town.

The acanthus is everywhere – on doors, windows, fountains and nearly every piece of public art!

Of course the Church, who focused on everlasting life, put the acanthus in every church, temple and chapel around town.  For the largest collection of acanthus-featured art visit the Oratorio church next to Plaza Civica or the Temple of St. Francis.  From the facades to deep in each church’s interior  and art the jagged leaf motif is featured.  A lot! 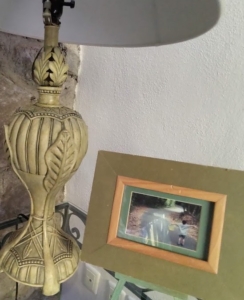 Then I started looking for the acanthus on television and in films and that sneaky plant bops up all over the place.  From wallpaper to rugs, set decorators love it.  As do costume fashionistas, featured on many a leading lady’s blouse or purse.

As always, it is fun to realize everything means something.  May you never look at a sharp edged leaf pattern in the same way again! 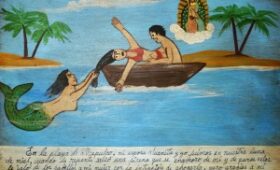 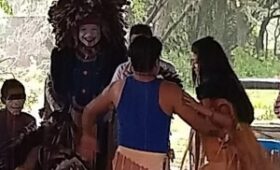 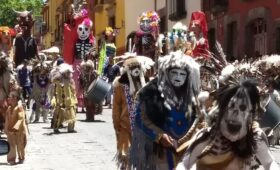